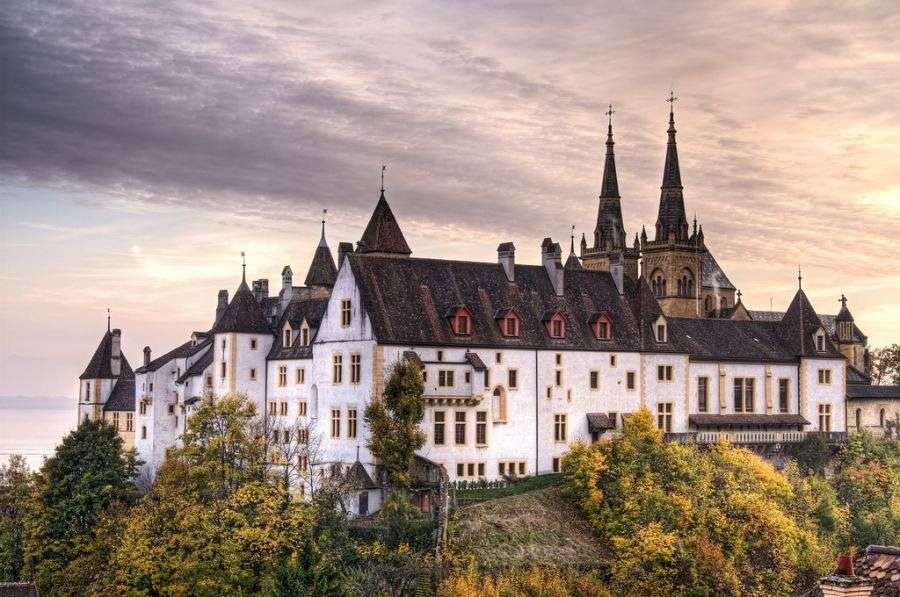 In 1900 more than 50% of all watches distributed around the world were produced in the Jura mountains near Neuchâtel in Switzerland. Watchmaking was a professional industry supported by the School of Watchmaking in La Chaux-de-Fonds (1865), a technical college and a school of art, where jewellers and engravers were trained. Mechanical watchmaking required precision engineering and the region became a magnet for specialist watch part manufacturers such as cylinder, pin lever, and jewelled-lever mechanical movements.

By 1973, exports of Swiss mechanical watches and movements had risen to 40m per year, but within  7 years exports had declined to 3m, as Japan and Hong Kong introduced cheaper battery powered quartz watches which decimated the Swiss industry. The introduction of the Swatch in 1983 returned Swiss watches to consumers’ wrists on the back of a paradigm shift in materials, manufacturing ( for example micro-molding of plastic parts, fewer parts in the quartz movement, ultrasonic welding), and marketing to deliver an accurate, durable, and water resistant watch for less than 50 Swiss francs.

Microelectronics is the new watchmaker

Neuchâtel’s prosperity is grounded in re-using the capabilities that made it the world’s time-keeper.  Whilst Swiss watchmaking has survived and prospered, the Neuchâtel region is now a world recognised micro-engineering hub bringing together precision mechanics, microelectronics (microchips, micro electro/optical mechanical systems, and nanotechnologies) in fields like ultra-low consumption electrical circuits, miniaturisation, thin-film electronics, micro-sensors and RFID.  This expertise is applied across the following industry sectors: pharmaceuticals, medical devices, electronics and microelectronics, production equipment, ICT, renewable energies and agri-food.

Industry, Government and science together

Neuchâtel’s success is the partnerships it has developed between industry, research centres and academic institutions.

The IMT includes expertise in photovoltaics, microsystems, silicon sensors and actuators and motor units. The CSEM is a private R&D centre specializing in micro and nanotechnology, microelectronics, system engineering and communications technologies.  It uses its technology and expertise to deliver solutions that directly meet industry needs (R&D services, product and prototype development, small scale production, etc.). For its part, industry depends on an integrated network of local suppliers and sub-contractors, including specialists in precision machining techniques and high-speed production for quick assembly, and supporting infrastructure such IT, legal, production, finance, marketing, management and accounting.

Strategic leadership – getting it done

Neuchâtel’s leaders recognised change was needed to revitalise the region’s economy.  They set out to listen to and engage with industry, greasing these interactions with handsome tax incentives to seed the value chain in sectors in which they could develop a strategic advantage.

On retiring in 2001, after 20 years promoting the region’s economy, Karl Dobler stated:

Tax incentives are clearly within the limits of the law.  The incentive programme is not determined by my imagination but by the international market.

At that time, he estimated financial incentives paid to industry at SF10M per year and that industry contributed  SF70-100M per year in taxes to the Neuchâtel economy – a decent return on investment.

Our take on this – things don’t happen by chance. Chance favours the prepared mind.