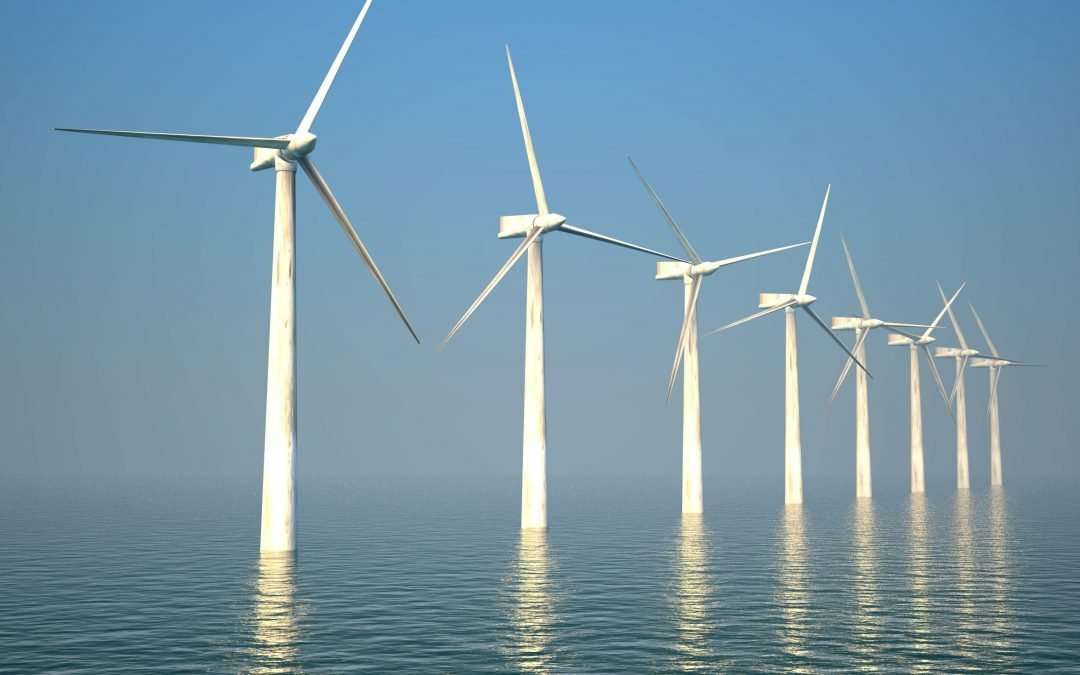 Most technologies that suddenly hit the market have been around for a long time like generating electricity from wind.  Here is a potted history of wind power.

1887 – James Blyth (Scotland) built a 33ft cloth-sailed wind turbine to light his home south of Aberdeen. He built a bigger version which lasted 30 years to power the local asylum even  though the locals thought wind power was the work of the devil.   Scotland is a damp and dark place.
1888 – Charles Brush (American) builds a 60ft turbine with 144 blades twisted like screw propellers which fed a basement full of jars acting as a battery to power as many incandescent light bulbs and 3 electric motors (12kW).
1891 – Poul la Cour (Denmark) discovered that turbines were more efficient with fewer blades because they rotated faster.  his design not surprising is not much different from the old windmill.  By 1908, in Denmark  there were 72 wind generators with a power of between 5-25kW as part of Denmark’s decentralised electrification plan.

1922 – 1932 –  Joe and Marcellus Jacobs (Americans) establish a wind generator (1.5 to 3kW) factory in Minneapolis to power rural communities who did not have the Edison electricity. Admiral Byrd took one to the South pole in 1933.  It was discovered there in 1955 still spinning.
1931 – Soviet Union build a large scale wind turbine near Balaclava in the Crimea.
1941 – Palmer Putman (American) raised cash and constructed a very big turbine on top of a hill called ‘Grandpa’s Knob’ the first turbine with a power of 1MW. .  Apparently, the parts were so heavy bridges on the way had to be reinforced first and the mountain top was a 2,000ft trek from where the road petered out.  Congressional hearings in 1951 wrote off wind power in favour of fossil fuels.  Then everyone thought nuclear power would solve the carbon emissions challenge.

Things advanced when Governments started to offer R&D funding to help reduce the cost of wind turbines, investment incentives for wind power projects, and began to intervene in the market to encourage renewable energy generators and utilities to offer renewable power.  As the Economist notes, today ä cutting edge turbine can power a home for 2 days with a single rotation and the economics of wind power with a bit of effort from everyone including government incentives dwarfs the most optimistic of initial forecasts.  Everything was sweet until the 1973 oil crisis.  Then wind power was back on the map.

1973+ – William Heronemus (American) suggests building large turbines at sea. and NASA and the Department of Energy fund a research project not for offshore farms but for onshore wind farms the first of which open in New Hampshire in 1981.  It didn’t operate during prime time TV though because it interrupted local TV reception (pre-cable).

1991 – Denmark constructs the first offshore wind farm off the island of Lolland.  The rest needs no retelling.

What to make of the history of wind power?

First, everything takes time, sometimes a couple of lifetimes, and everything has its time.  If you are too early you sink beneath the ocean waves with barely a footnote, notwithstanding your patents.

Second, if you want a paragraph in the history books you have to work out a way to make your innovation go mainstream.  Inertia is the enemy of change so we all need a vey compelling reason to change. Getting a few big grants also helps.

Third, if you make it big as an entrepreneur just remember that it was the anonymous polymaths, tinkerers, inventors and the innovators who made it possible.